Baking. Frying. Saute’ing. Braising. Grilling. Roasting. Puree’ing. Techniques and methods we’ve learned so far this year in Culinary Arts school. Maybe you’re a home cook, cooking for your family and loved ones at the holidays. Perhaps you already work in a kitchen and need that “paper” to boost your career. There is a lot of reasons people attend a Culinary Arts Program. Me? I love to cook, always have. I thought of it as a backup plan to my current career. It seems to be fitting for me as I am acing it. So just food for thought, have you had an interest in Culinary Arts or becoming a Chef? If so, please let me know so I can get you in touch with my school. They have an online program that you can do from home. It must fit in your weekly schedule though as you will have to devote at least 12-15 hours a week, and two nights for online live sessions. I have learned so much and am still learning. It’s exciting week to week. You not only learn the practical part of cooking, but the business side of restaurants as well that will make you a good manager or owner or Executive Chef. See you on Chopped or Beat Bobby Flay?? Maybe! Have a great day and just food for thought today. Is your future in the Culinary Arts?

We resumed classes last night after the winter break from school. For twelve weeks, we will learn about baking. For six weeks we will learn about designing a restaurant both front of house and back of house. Sounds fun? I’m sure it will be. Our first project is a biscotti, a hard biscuit, a cookie bar. Sounds simple? I hope so. I have everything on hand except the almonds. As I continue culinary classes, I may not have as much time to write as I like. I’m doing this over a cup of coffee this morning before I head out to secret shop. Then I have class tonight. So I hope my readers will take time to write me and share some thoughts, ideas, recipes or just feedback on my site. I’m in my third month now, and it’s been fun and a little release as I have always wanted a way to write. This has given me a blank page, a fresh start each day to say what’s on my mind and just lay it out for my readers what’s up. I guess maybe just a journal for me as well.

Happy New Year reader! It’s a fresh page with new beginnings, new goals, hopefully new friends and completions of things we began in the last years. I truly hope you have a blessed and prosperous new year.

I just wanted to take a moment to recap the holidays. Like many of you, there was a lot of cooking and a lot of eating. We spent some time with family, some one on one with my son, and some time with my husband’s co-workers. The Christmas lights and New Years fireworks were awesome! However, some of the main attractions were the food. One of the hits was an old favorite of mine and becoming a regular holiday traditional dessert for me is the Blueberry Yum-Yum. Mixed with frozen blueberries cooked with sugar, cream cheese, cool whip, nuts in the crust, you get the jest. Picture will be posted. I entered in the #holidayfoodcreations contest for school. I also entered a new recipe, something that again, is a great tradition for the holidays: a cheeseball. But mine wasn’t just any cheeseball. Mine had beer in it, a stout Guinness. And because the recipe says it can make multiples, I stacked mine and made a hokey snowman cheeseball. It was cute, with the bottle caps as eyes, a tootsie roll as the nose and pretzel sticks as arms. I brought it to our New Years’ party and this little boy had fun destroying it and helped poking pretzel sticks all in it. It was cute and fun! Don’t laugh when I post a pic or do :-).

So we’ve been on winter break from culinary school and I have taken advantage of the time doing some cooking of my own as well as a little bit of delivering food for Door Dash. One of the traditional meals for New Years got a lot of likes on Facebook and Instagram was the pork tenderloin, collard greens, black eye peas, green bean casserole and cornbread. My husband was a happy and full fella afterwards. I was thrilled but worn out. When he went back to work, I took some time to clean, and rest.

Supporting Food Bloggers is easy. Being a Good Food Blogger is not. You can buy me a cup of coffee so I can keep up the energy to bring you good tips, recipes, ideas, suggestions, tools and more to my site simply by clicking on some suggestive items throughout my site and blog (usually linked in green or a product pic like below). No purchase necessary but go ahead if you’d like. I only suggest items I think my readers could use or is relevant to the topic being blogged about at the time. For example: (click on it)

For six months now we’ve had competitions at school monthly. I’ve been busy or just uninspired but now with Christmas and New Years approaching I’m finally inspired. Here’s my first holiday creation. What do you think? It was a savory sweetness sauce for my meatloaf and mashed potatoes last night. Meet my Dr. Pepper BBQ Sauce. 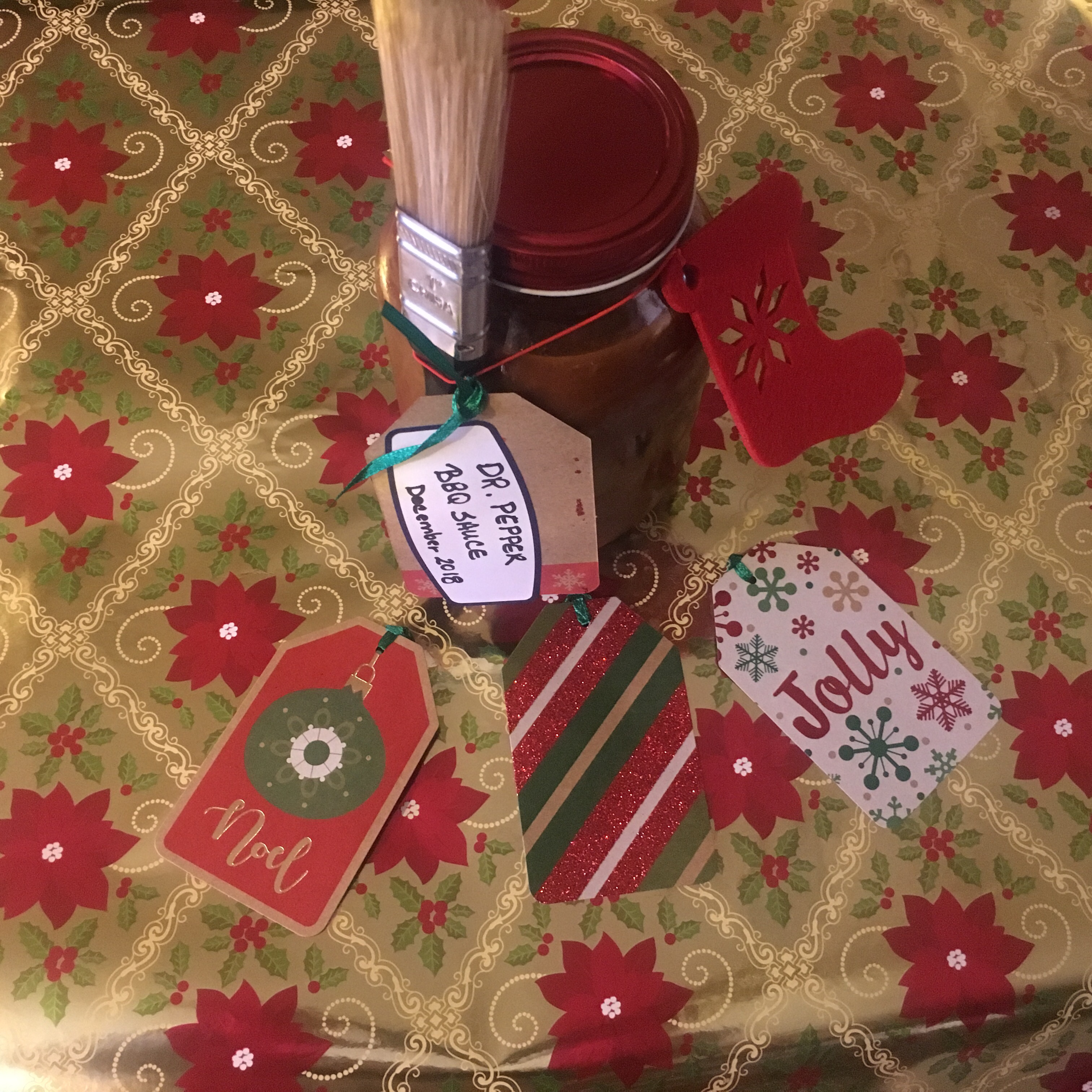 Page and Site still “under construction”

Old School to Cool Drool without Ridicule
Blog at WordPress.com.